How Obstructive Sleep Apnea May Lead To Blindness 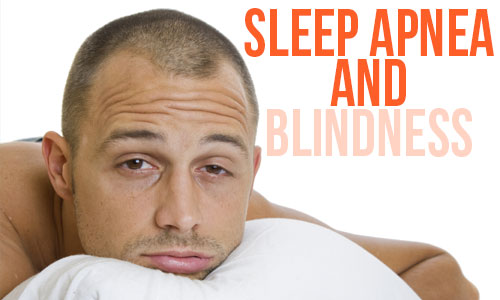 Obstructive Sleep Apnea (OSA) is a common sleeping disorder where the breathing passage is partly closed off during sleep. Over the past several years, OSA has also been associated with a strong link to the loss of eyesight. Many people are unaware of the ENT treatments available to treat this disorder, but with all of the risks involved if left untreated, it is important to know about your options.

Obstructive sleep apnea is a condition in which a person experiences lapses or shortness in breath while sleeping. These pauses in your breath are called apneas, each lasting anywhere from about ten seconds to whole minutes. Throughout a single night, these apneas can occur hundredsof times and prevent an ample amount of oxygen from making it to the brain and other parts of the body.Sleep apnea is caused by obstructions in the throat and nasal passages and can often be solved through surgical treatment. When left untreated, a person can experience several health issues, such as high blood pressure, stroke, heart failure, and blindness.

Earlier this month, a Taiwan-based research group released a report revealing that patients with obstructive sleep apnea had a much higher risk of developing glaucoma– an eye condition that often leads to permanent vision damage and even blindness when not treated promptly. Since glaucoma symptoms are often left unnoticed until the advanced stages, half of those suffering from this condition do not catch it on time for effective treatment.The study compared over 1,000 patients diagnosed with OSA, against a control group of over 6,000 without OSA. Those with the sleeping disorder were found to have almost twice the risk of developing glaucoma.

Oftentimes, snoring can be an indicator of OSA because the majority of people suffering from the disorder have an obstruction in the upper airway. There are lab and home sleep studies available to evaluate and detect OSA.Once a proper diagnosis has been made, there are several different surgical procedures that can be used to address the various physical causes of OSA. Obstructive sleep apnea affects over 100 million people worldwide and has even been found in children and adolescents. Most treatment procedures involve an adjustment of the chin, jaw, or nose so that any obstructions may be opened up to help the breathing process.Sleep apnea is a serious condition and it often leads to several other health issues. If you think may have this condition are concerned about getting it treated, it’s time for you to take action today.Contact Us!

Arm Lift vs. Arm Lipo: How To Tell Which One I Need?