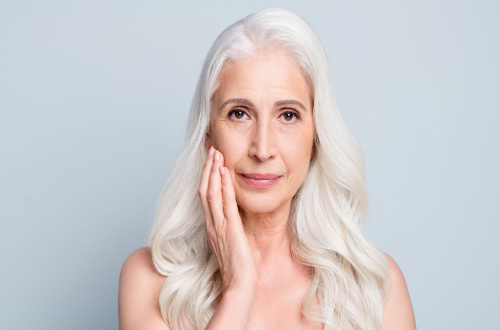 As the name implies, a midface lift lifts the midface. However, the sagging in this area often has different causes than the lower face. Usually, the fat in the cheeks begins to descend which causes the skin to sag as well. Repositioning this fat back into a more youthful position can elevate the face and make you look younger.

Occasionally, Dr. Allegra may remove some skin like with a traditional facelift. The incisions are most commonly behind the ears or in the hairline depending on your procedure. A midface lift also combines well with a brow lift, facelift, or other facial procedure.

To learn more and schedule a consultation, call us at 425-576-1700. You can also reach out online via chat, contact form, or Price Simulator.

What Is The Average Age A Woman Gets A Facelift?

Does Everyone Peel With A VI Peel?

How Long After A Breast Lift Can I Lift My Arms?

Will Lipo 360 Make My Stomach Flat?

What Will I Look Like After A Neck Lift?